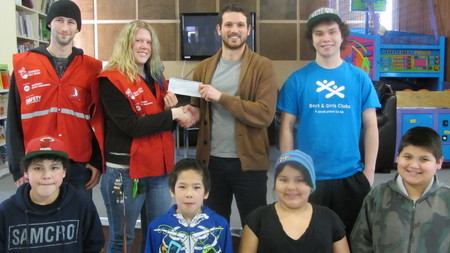 Operation Red Nose representatives Josh Cain and Brandee Broadfoot are shown presenting a donation to a very thankful Executive Director Matthew Baker and After School Staff Supervisor Tony Leefe. The donation was a part of the proceeds sharing from the 2013-2014 Operation Red Nose season.

Back to all news